Birding in the New Year

Last bird list for 2010. Location: Elkhorn Slough in Moss Landing. Kayaking with Rachel, Deb, and Rob for a few hours while the tide was receding. The weather was partly cloudy, cold, with wind less than 5 knots. Perfect conditions for a paddle on the slough. Highlights included a Belted Kingfisher and a possible Barrow’s Goldeneye. Finished up the morning with a beer and lunch from English Ales. It was nice to see some familiar birds for a change, Monterey really is one of the best places to go birding. Over 30 species in less than 2 hours. 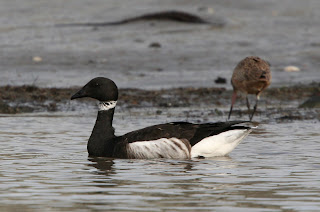 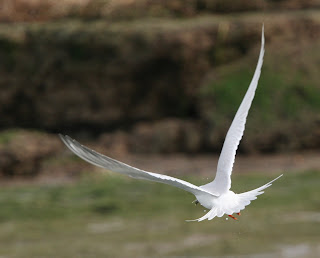 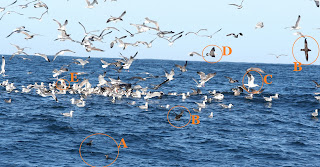 Saved by a Cyclone 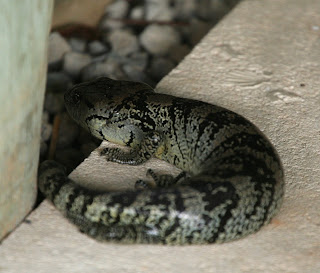 I’ve now officially left the realm of the Bridled Tern and returned to the land of the Laughing Kookaburra. Thanks to an approaching cyclone, I managed to escape the floating prison otherwise known as the Finnmarken a day earlier than scheduled. The fleet started the evacuation plan several days ago, leaving me with no dredging vessels to observe marine fauna from; 3 days of sitting around the Finnmarken with nothing to do but watch the same movies over and over…and over. But thanks to the marvels of modern travel, on a one hour whim, and after 4000 kilometers of flying, I am now sitting comfortably in a nice house with a view the Pacific Ocean; one ocean closer to home. It’s summer here obviously, and humid from all the rain Australia has received in the last week. I know the U.S. only cares about its news, but basically the entire south east of OZ was flooded with record rainfall for a few days. If only the weed-whacker across the street would take a break and go whack something else so I could hear the cicadas.
It will be nice to have a few days to recover from all of the turtle sightings, organize my gear, and finish up my application for Moss Landing Marine Labs. I’m not entirely sure I want to invest 5-6 years of my life at that institution, but I’m curious to see if I’ll be accepted. I can already tell that the minute I return home, I’m going to have that burning urge to go travel again. I think a pit stop back home will be good for me though. It will give me a chance to relax a bit, see some familiar faces, let Reef know I’m still alive, and figure out what to do next. I have a feeling Argentina and Antarctica are in my foreseeable future.
Still keeping an eye on the wildlife; I spotted this lizard on Mindi’s door step. I think it’s a Blue Tongued Lizard, the second largest skink and very common in Australia.
Posted by Unknown at 4:44 PM No comments:

baditude
Amy James: noun,
- a poor manner, disposition or feeling towards a task at HARC; lethargic, jaded: the volunteers had a baditude towards data entry
blowinho
A. Volunteer: verb,
- to produce or emit a small or tiny current of air, usually related to the spout of a calf; splutter, whisper: blowinho!, Pod A, 36 degrees, 1 reticule
bumhurl
David Donnelly: verb,
- to throw or fling a bowel movement with great force or vigour from the posterior or behind; bazookacrap, misshite: double D was caught short and had to omit a swift bumhurl off the side of Carmena.
belusa
Rob Slade/Bec Dunlop: Noun,
- to be a regular member of Beluga: after failing to get a tag on the Bear and Mindi were once again belusas
carweiner
Mindi Rekdahl: Noun,
- a regular boat member of Carmena: after getting a tag on double D and Ron acted like carweiners
codification
Zeus Williamson/Mindi Rekdahl: noun,
- the act, process, or result of arranging in a systematic form or code: Ellen spent the afternoon codifying her whale song
- to defecate or void excrement simultaneaously: Ellen and Mindi went to the bathroom separately, avoiding codification.
dramastic
Ailbhe Kavanagh: adjective,
- fantastically dramatic or dramatically fantastic; fantastic, dramatic: Stacy was dramastically ditsy; it was another dramastic day on emu mountain
drewlicious
Mindi Rekdahl: adjective,
- an overrated performance or behaviour; Zeus spent another drewlicious day on the theodolite.
drewlusional
Bec Dunlop: noun,
- a false belief or opinion at HARC, overestimating ones importance at HARC; drewluded: Bec referred to Mike as drewlusional when he thought the sea state would abate; Drew
fuck tonne
Amy James: noun,
- a flexible numerical unit, usually a large amount; shit load: there were a fuck tonne of whales spotted from emu mountain
googleable
Zeus Williamson: adjective,
- the ability to be googled: the volunteers were able to find Horizons because it was googleable
HARCless
Bec Dunlop: adjective,
- an unsympathetic, unfeeling, unkind action during HARC; evil; thoughtless; heartless: Mike was HARCless leaving the boat crews out during an abating sea state
hydrofucked
Bret Johns: verb,
- to botch, botch or ruin, particularly during the building of the buoys; ballsed: Bret and Zeus had to redo the hydrophone attachments when Mike found that they were hydrofucked
manualing
Elise Goodwin: noun,
- the act of working on a HARC manual: Elise spent the majority of her time at HARC manualing
negatory
Rob Slade: adjective,
- marked by negation; negative, no: ‘Beluga, do you have a tag on?’ ‘Negatory..... negatory.’
noadkill
Zeus Williamson: noun,
- a boat member that has been left our during abating conditions; the volunteers peeled the noadkill off the bow of Carmena
snarty
Anita ‘Muzza’ Murray: adjective,
- testy or irritable; short, snotty, snarky; after a long morning on acoustics Muzza was often snarty to Zeus.
paulfficient
Zeus Williamson: adjective,
- when one is not efficient at all; drewlicious; once again Paul had been paulfficient on Emu mountain
protocolised
Elise Goodwin: verb,
- specifically ordering a situation at HARC; every situation at HARC ran smoothly, once it was protocolised
zeusful
Pam Quayle: adjective,
- to be of some service or use but nobody is exactly sure what; once again Michele (with 1 L) was zeusful.
zeusless
Pam Quayle: adjective,
- a piece of utterly useless and irrelevant information; although amusing Zeus’ and Bret’s songs were utterly zuesless.
Posted by Unknown at 12:55 AM 1 comment:

"I Think One of My Research Turtles Survived" 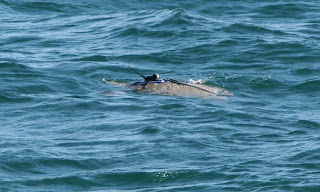 Like a scene from the movie “Life Aquatic”, which as a side note did a very good job of characterizing life on a ship, a turtle surfaced roughly 100 meters from the Taurus this morning with a satellite transmitter adhered to its carapace. The unnatural metallic object protruding from atop the turtle caught my eye instantly; it was even listing to one side a bit as it bobbed at the surface. They have been tracking the movements of flatbacks in this area for several years now, not only to gain an understanding of their movements, but mainly to help better manage the potential impacts on thier population during the construction of the natural gas offloading facility. 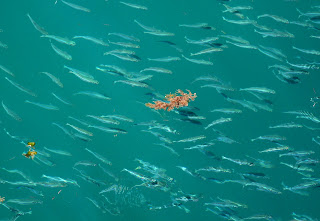 Other than the accessorized turtle, there have been many Wedge-tailed Shearwaters cruising in from the south; a sure sign that wind is coming. I checked the weather forecast to confirm this, 20-30 knots of wind possible over the next 4 days. Who needs a meteorologist, the birds tell all. It’s also been entertaining to watch the hoards of “bait” fish that seek shelter under the vessel get mauled by plunge diving terns, lighting fast tuna and sharks, and foot propelled cormorants, whenever they venture out into the open. The ocean is a dangerous place.
10 more days. It’s highly likely that if I don’t go surfing soon I could die. Let’s hope the waves in Goldie will be there when I arrive.
Posted by Unknown at 3:52 PM 2 comments: